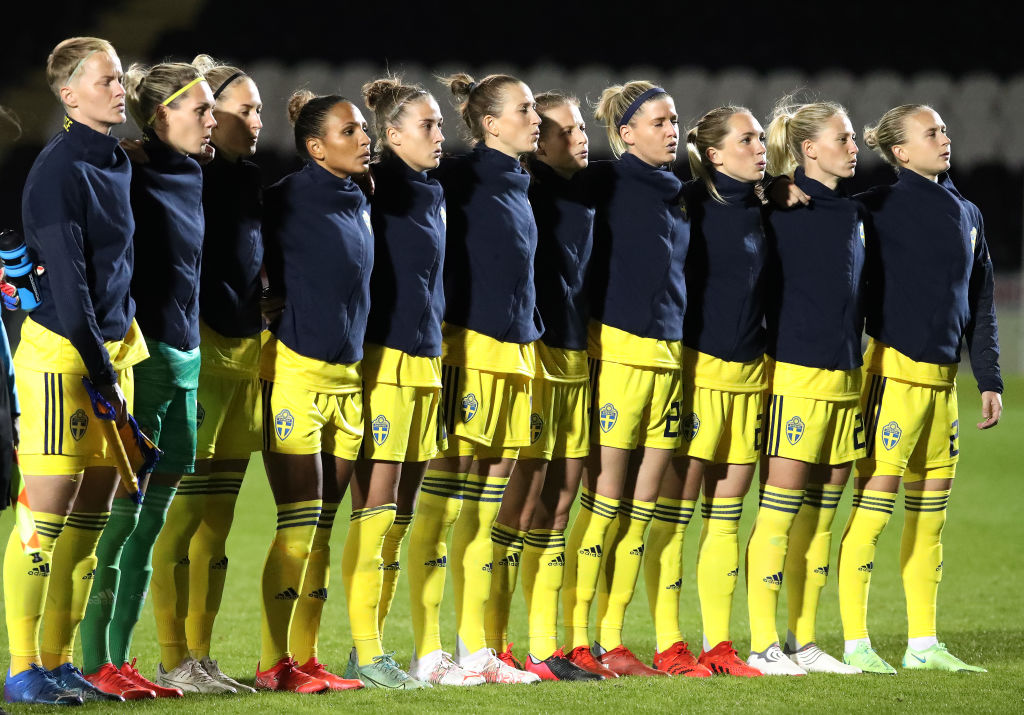 The final Sweden Women’s Euro 2022 squad was announced on June 7th with manager Peter Gerhardsson selecting 23 players to go to the Euros in England. Seven WSL players have made the squad, including Chelsea captain Magda Eriksson. Meanwhile, Europe’s all-time most capped player Caroline Seger will be playing in her thirteenth international tournament for Sweden.

Sweden go into the Euros as one of the favourites in the competition, having made the semi-finals of four of the last five major international tournaments. They faced heartbreak at the Olympics last summer as they lost in the final to Canada on penalties, and will be hoping to add to their sole piece of international silverware: the 1984 European Championship title.

Sweden have a raft of talent all across the pitch with experienced heads like Caroline Seger and Hedvig Lindahl being combined with exciting young talent such as Hanna Bennison. Their attacking riches are particularly formidable with Stina Blackstenius, Fridolina Rolfö and Kosovare Asllani all available to call on.

Caroline Seger is the most capped European football player of all time, having played 225 times for her country. She has been captain of Sweden since 2016, having previously shared the armband with Lotta Schlein.

Rather than having one outstanding player, Sweden in fact have a lot of very good players throughout their squad, but Magda Eriksson is thought of as one of the best centre-backs in the world. As Chelsea captain, she has won numerous amounts of silverware and is comfortable playing in a back three or back four. Sweden have even occasionally used her at right-back.

Peter Gerhardsson took over from Pia Sundhage as Sweden manager after the 2017 Euros. Under Gerhardsson, Sweden have come third at the 2019 World Cup and reached the final of the Tokyo Olympics last year.