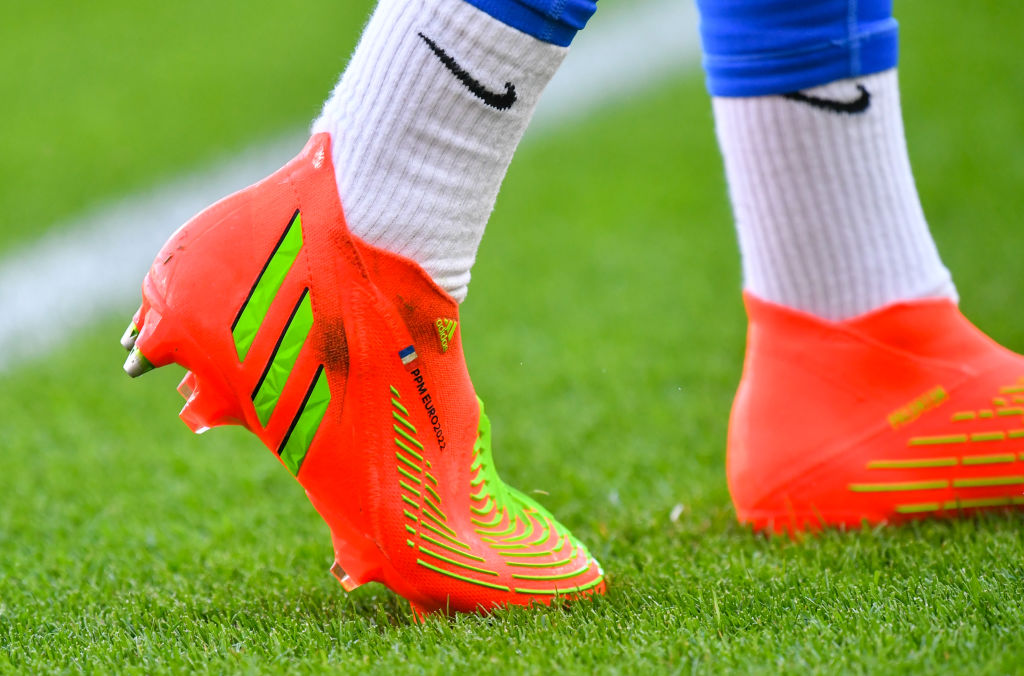 A new pair of black Adidas Predator Edge+ boots have dropped – and they really do look familiar.

Usually, it’s Nike that are big on the day-glo colours, too. The American brand recently dropped a “Shadow Pack” of their latest Mercurial boots, which are essentially blackout boots with touches of their signature Volt shade.

But Adi’s Predator Edge boots – which were first released way back at the start of 2022 – are now available in black with bright yellow flashes of colour. It’s safe to say that it may well be our favourite colourway yet.

Adidas have gone bright lately, anyway. The newly-released X SPEEDPORTAL efforts dropped in a bright green shade this week, while we’ve seen bright yellow versions of the Copa Sense boots, which have come a long way since those classy black and gold models.

Recently, Adidas athletes at Women’s Euro 2022 have been sporting bright orange and yellow versions of the Edge, such as Pauline Peyraud-Magnin of France.

But this new black and yellow Edge is so minimal – eschewing a secondary shade on the power zones on the front of the boot – that it recalls the original Adidas F50 boots.

The F50s and Xs would go on to become technologically supreme and as weightless as a feather but the original F50 boots from 2004, worn by the likes of Lukas Podolski, Ashley Cole and Djibril Cisse, were things of pure beauty.

We’re not entirely sure if Adidas are making a direct reference to these boots… but we love the updated edition all the same.