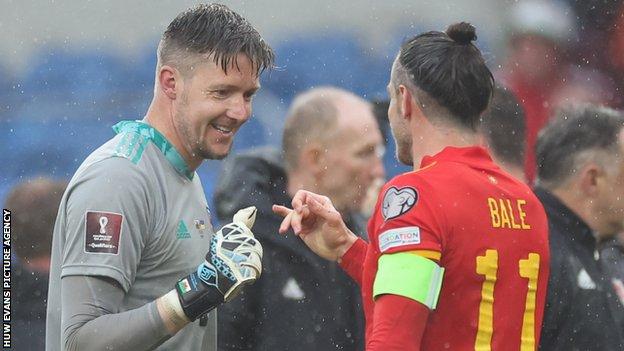 Wales could be without their top two goalkeepers Wayne Hennessey and Danny Ward for Saturday’s Nations League game against Belgium in Cardiff.

World Cup play-off hero Hennessey, 35, was not included in Wales’ squad for Wednesday’s loss to the Netherlands.

Ward, 28, started in the 2-1 defeat but was replaced at half-time at Cardiff City Stadium with a knee problem.

“Wayne was down to play today but I found out at lunchtime he has a knock,” said Wales manager Rob Page.

“Ward has had to come off at half-time injured. When you have two or three injuries in key areas, it has an impact.

“Danny has had a slight issue with his knee, it has flared up at half-time and he couldn’t continue so that was forced on us.”

Midfielder Joe Morrell was also forced off during their narrow loss to the Dutch, with Page confirming afterwards he has suffered a “problem on his foot” which will be assessed.

Wales are currently bottom of Nations League Group A4 after defeats to Poland and the Netherlands.