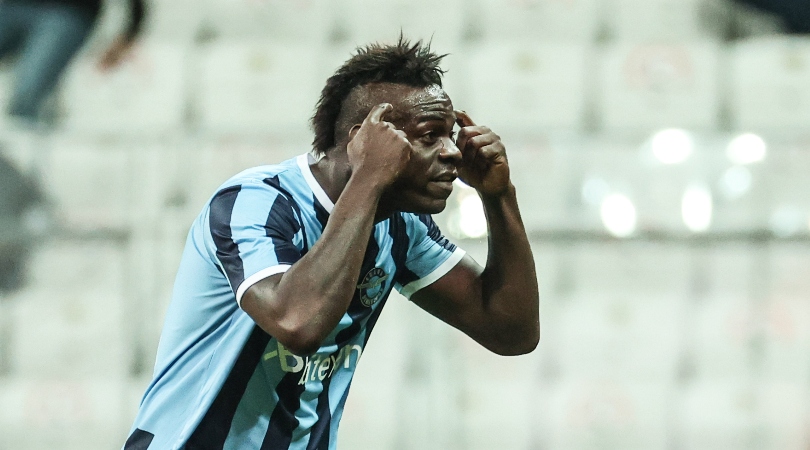 While two of his former clubs Manchester City and Liverpool were fighting for the Premier League title and another – AC Milan – were winning Serie A, Mario Balotelli was making more headlines of his own on Sunday.

The ex-Italy striker hit five goals in an impressive 7-0 win for Adana Demirspor over Goztepe in the Turkish Super Lig – including a ridiculous rabona.

Balotelli scored in the 33rd, 36th and 44th minutes to complete a first-half hat-trick, before adding another in the 62nd minute of an extremely one-sided contest.

But the 31-year-old saved the best for last as he struck a fantastic fifth on 70 minutes, making space for himself with a series of ‘bicicletas’ and then beating the goalkeeper with an outrageous rabona from a tight angle into the far corner.

Balotelli’s five goals see him end the season with 18 in 31 appearances as Adana Demirspor finished a respectable ninth in the Super Lig.

The much-travelled striker is under contract for two more years with the Turkish side, who were promoted from the nation’s second tier last summer.