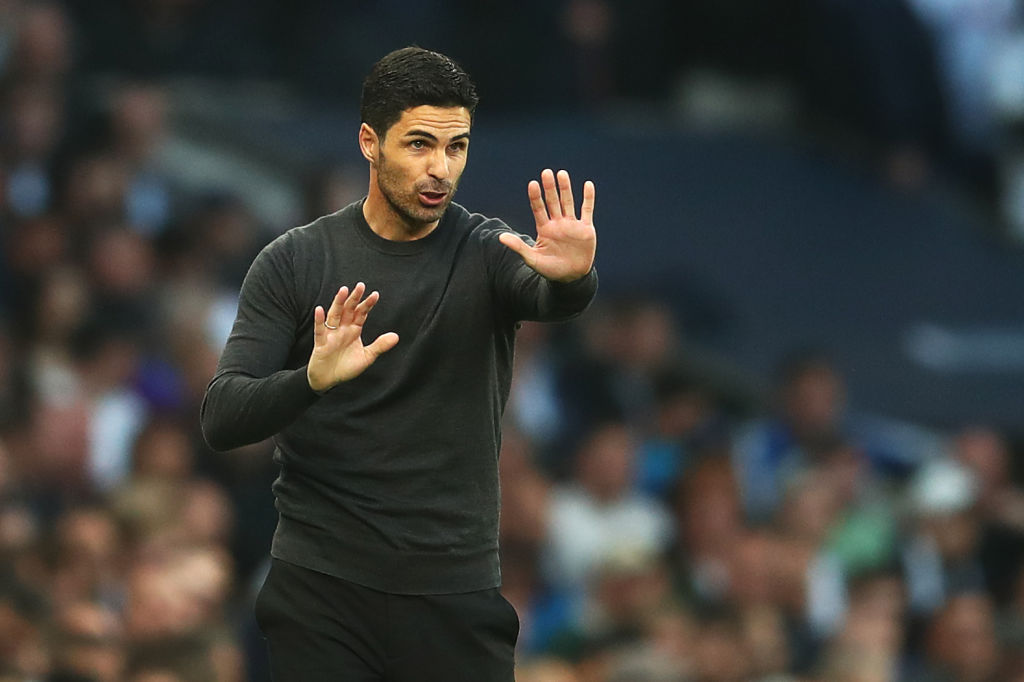 The Premier League kicks off in August – but we’ve got the transfer season to come first.

Ah, that mythical, liminal space between campaigns, where the biggest stories are sourced not from the pitch but the fax machines of sporting directors. Some Premier League sides were itching for last season to end so they could crack open the chequebook: well now’s the time to spend that wonga.

The question is, who needs what? Here’s your complete guide of who’s set to splash the cash on what.

Following the January exit of Pierre Emerick Aubamayeng, Alexandre Lacazette’s decision to walk away on a free this summer leaves the Gunners devoid of senior marksmen. Eddie Nketiah showed promise in the latter stages of the season but more will be needed if Arsenal are to qualify for the top four.

Mikel Arteta’s side have been linked with the likes of Robert Lewandowski and Gabriel Jesus in recent weeks. The former may be a little pie in the sky but many Arsenal fans would be thrilled to see the latter brought in despite the lack of Champions League football on offer.

Aston Villa have raced out of the blocks in this transfer window, securing Boubacar Kamara in midfield, Diego Carlos at centre-back and retaining Philippe Coutinho permanently. That’s three issues solved instantly – but it still might not be the most important one.

Steven Gerrard likes his team narrow, with wing-backs supplying width. It’s been a slog trying to stretch teams over the past few months, with Villa relying on late darts into the box from midfielders and Leon Bailey not fully convincing his new manager, while Danny Ings and Ollie Watkins have an uneasy relationship in a 4-3-3.

Bringing in a new wideman who can run at players would be ideal. Even if they just sign someone to switch out for Emi Buendia, they need a bit of pace and spark as another option.

It’s tempting to say striker, given Dom Solanke’s struggles last time the Cherries were in the Premier League. Yet the England international was superb in the second-flight last term – scoring 29 times – and we’ll give him the benefit of the doubt. Scott Parker’s side look short of options at left-back, with Jordan Zemura, who is untested at the top level, their only out-and-out option.

Christian Eriksen completely changed Brentford’s season. The Great Dane was a phenomenon in west London, freeing Ivan Toney from the shackles of carrying the attack – Toney had still been excellent creatively – helping the Bees to a safe survival in the end. He is imperative to keep.

Brentford have arguably never needed to fight for a player like this. Thomas Frank is apparently confident of keeping him but if bigger clubs come in for the playmaker, a plan B of real quality is vital.

Graham Potter has curated a tactically-flexible squad, with many of his charges capable of playing in multiple positions in midfield and attack. That being said, a top class right-winger would be a smart move, with Abdallah Sima, who returns from a year-long loan to Stoke in the Championship, the manager’s only natural option there currently.

Where do you begin? Andreas Christensen and Antonio Rudiger have both left, Marcos Alonso and Cesar Azpilicueta are both targets for Barcelona, while Jorginho and N’Golo Kante both have ticking contracts. Add the faltering Romelu Lukaku to the list of issues, Timo Werner’s lack of consistency and the stop-start Blues careers of Christian Pulisic and Hakim Ziyech – they’re only 12 months on from winning the Champions League and yet Chelsea may be due a rebuild.

Some of the issues will fix themselves. Levi Colwill, Conor Gallagher and Armando Broja are all highly impressive youth stars returning from loans to plug squad depth issues. The big buy has to be a dominant centre-back for this brave new Blue dawn. John Terry in a time machine, anyone?

After many (including this publication) tipped the Eagles to go down last term, they stunned everyone by comfortably avoiding the drop and playing some great football along the way.

Much of that was down to the dynamic displays of Chelsea-loanee Conor Gallagher, who will surely return to his parent club for the new season. The England international’s energy, enthusiasm and goals will need to be replaced if the club is to avoid regressing.

Frank Lampard’s side were bad in a number of key areas last season. Not enough, however, has been made of Everton losing James Rodriguez and Gylfi Sigurdsson all at once: overnight, seemingly, the Toffees were suddenly devoid of creativity.

With so, so many options in the centre of the park, there isn’t enough quality from wide areas, despite Demarai Gray initially impressing. A playmaker of sorts out on the opposite flank to Richarlison would not only balance the attack but bring a little more creativity to this side: right now, it’s all down to Alex Iwobi or Anthony Gordon.

The Cottagers will need to strengthen across the board, with a goalkeeper, experienced centre-backs and quality wingers all a priority. Yet it’s arguably in the middle of the park where new additions are needed most.

Marco Silva’s side will be without the creativity of young playmaker Fabio Carvalho after he opted to join Liverpool this summer. Jean Michel Seri has also left the club, Josh Onomah looks likely to leave and captain Tom Cairney has struggled to impose himself at the top level in the past.

Whether Mitro remains on fire or not, Fulham will be blunt unless some creativity in the middle can be added.

A thin squad almost doomed Leeds United last time around when injuries struck Elland Road. This time, the Whites need depth in central midfield, at full-back and in the middle of defence – but the lack of a plan B when Patrick Bamford isn’t around is concerning.

In fact, bringing in someone who can challenge Big Pat for the starting spot is integral. Bamford thrived in a Leeds team that created bucketloads under Bielsa but in the Marsch lands, someone with a bit more bustle and movement about their game to snaffle at chances and make things happen might be preferable.

Replacing Youri Tielemans, who looks odds-on to leave, will be tough, but right-wing is currently the most glaring hole in Brenadan Rodgers’ squad.

Ademola Lookman looks likely to rejoin from Leipzig on a permanent basis, but the Nigerian is more comfortable on the left, where he’ll compete with Harvey Barnes for a starting berth. There is no such depth on the opposite flank and this must be addressed over the summer.

Sadio Mané looks destined to leave – but really, he isn’t the attacker that needs replacing for Jurgen Klopp. He has Luis Diaz and Diogo Jota as options in the front three, after all.

Too many times, Divock Origi was on hand to bail out the Reds with clutch goals in big moments. It was plan C or D for Liverpool but notably absent in Paris and should the Premier League return to Merseyside, they’re going to need some more last-minute winners, six-yard box scrapes of luck and someone’s killer mentality three yards from goal, dragging them across the line. If they’re world-class, that would help: regardless, a killer finisher who scores in spite of the game-state is necessary.

The arrival of Erling Haaland from Borussia Dortmund has solved City’s lack of firepower but there is still work to be done in defence. With rotation option Nathan Ake likely to depart this summer, Oleksandr Zinchenko could be City’s only option at left-back next season.

The Ukrainian is a classy operator but will need help next term – if he stays – especially given the stresses of playing while his nation is fighting a war against Russia. A classy left-back would be a wise addition.

Most Manchester United fans probably wouldn’t complain too much if Erik ten Hag announced he was binning everyone and starting again. There needs to be improvement across the whole side – but central midfield is the obvious place to start.

Because yes, a defensive midfielder is needed. But just as important is a tempo-setter to instil Ten Hag’s brand of football and keep the side ticking. United have lacked anyone capable of doing the job ever since Michael Carrick left – with the exception of the odd Pogba performance – so it’s time to bring in someone for that role.

Linked with everyone following their buyout by wealthy Saudi owners, the Toon will strengthen in almost every position this summer.

That being said, a winger with pace and end product is a priority, especially with Allan Saint-Maximin reportedly a target for Spurs. Even if he stays, there is too much creative burden on the Frenchman, and Eddie Howe will want to add some unpredictability and pace to his frontline. Bayer Leverkusen’s Moussa Diaby appears to sit atop the wishlist.

Nottingham Forest had a number of key players on loan last season including Djed Spence and James Garner. Keinan Davis was another – and aside from him, the options up front aren’t particularly overwhelming.

Forest could well take advantage of an ambitious Championship striker, offering a chance to play at the top level. It’s a win-win: either they’re improving their team for the Prem or adding a vital component should they go down. Otherwise, it’s all going to be on Brennan Johnson’s young shoulders…

Armando Broja was provided pace, energy and final product up front for Saints last season, but has since returned to parent club Chelsea.

Ralph Hasenhuttl remains hopeful of bringing the Albanian back on loan next season but faces serious competition for the man who scored six goals in the top-flight last time out. Failure to bring Broja back would necessitate the need to find a replacement with similar quality.

Ivan Perisic has joined to bolster the left-hand side: now Antonio Conte needs similar consistency on the right. Emerson Royal had his moments but wasn’t good enough going forward and Matt Doherty’s injury at the end of the season meant Spurs stuttered a little in attack.

Someone also capable of playing as a full-back would be good, too, for if Conte decides to play four at the back.

Keeping hold of players will be the top priority this summer, with Declan Rice and Jarrod Bowen particularly sought-after. David Moyes will need to reshuffle his plans if those two leave but, assuming they don’t, another striker would be hugely beneficial.

Michail Antonio is a powerhouse but is too often injured. Beyond him, the quality falls off a cliff. The Hammers have yet more European football to enjoy this coming season and a decent rotation option at centre-forward would be welcomed by the fans.

Fabio Silva has not worked out as planned and Raul Jimenez hasn’t returned to his red-hot best since his return from long-term injury. Something else is needed in Wolves’ attack to get more goals from an underperforming unit.

The Midlands side lacked power and dynamism last season, losing Adama Traore midseason and having a number of slight, tricky stars to pick from in attack. Someone who could drop deeper than Jimenez but offer physicality in the final third would be perfect.