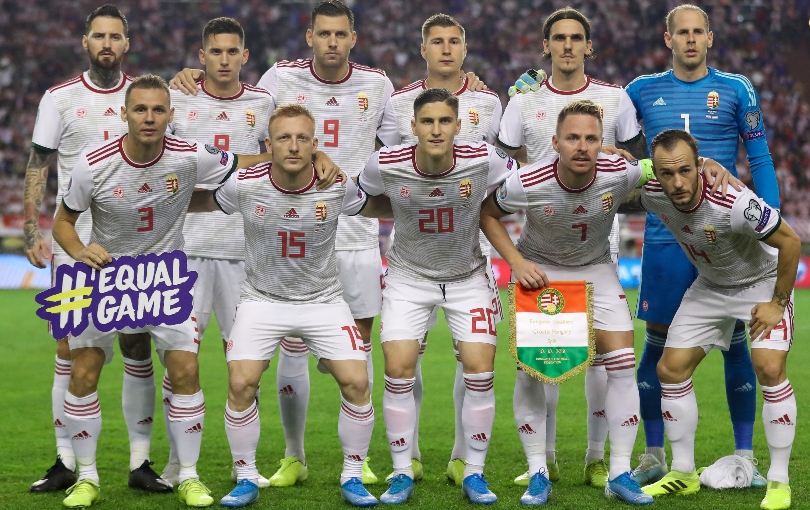 This weekend’s Nations League fixture of Hungary vs England was set to take place behind closed doors.

The Magyars find themselves in Group C of the top tier of the Nations League this time around, along with Germany, Italy and the Three Lions. England have four fixtures this month in the competition.

But though there were set to be no fans at the Puskas Arena this weekend, there’s a loophole that’s been exploited.

Why was Hungary vs England set to be played behind closed doors?

Hungary were issued with a three-match spectator ban by UEFA in June 2021, as punishment for racist abuse from fans during Euro 2020 last summer.

The Hungarians were then slapped with a further two games without fans, after their fans were found guilty by FIFA of directing racist abuse towards England players when the Three Lions arrived in Budapest for a World Cup Qualifier in September.

During the match, Declan Rice picked up an empty cup and gestured drinking from it while celebrating a goal.

So why are there spectators at this game after all?

Hungary have found a loophole.

Page 41 of UEFA’s Disciplinary Procedures says that 55 people from each team delegation can attend a match – including the players – along with 120 special guests and VIPs from the visiting team, however, “children under the age of 14 from schools and/or football academies can be invited to the match free of charge.”

This means that 10 kids can get into the match for every one adult. Hungary are certainly making use of this too, given that there is no limit. Apparently, the Hungarian FA have received more than 30,000 registrations for the complimentary tickets.