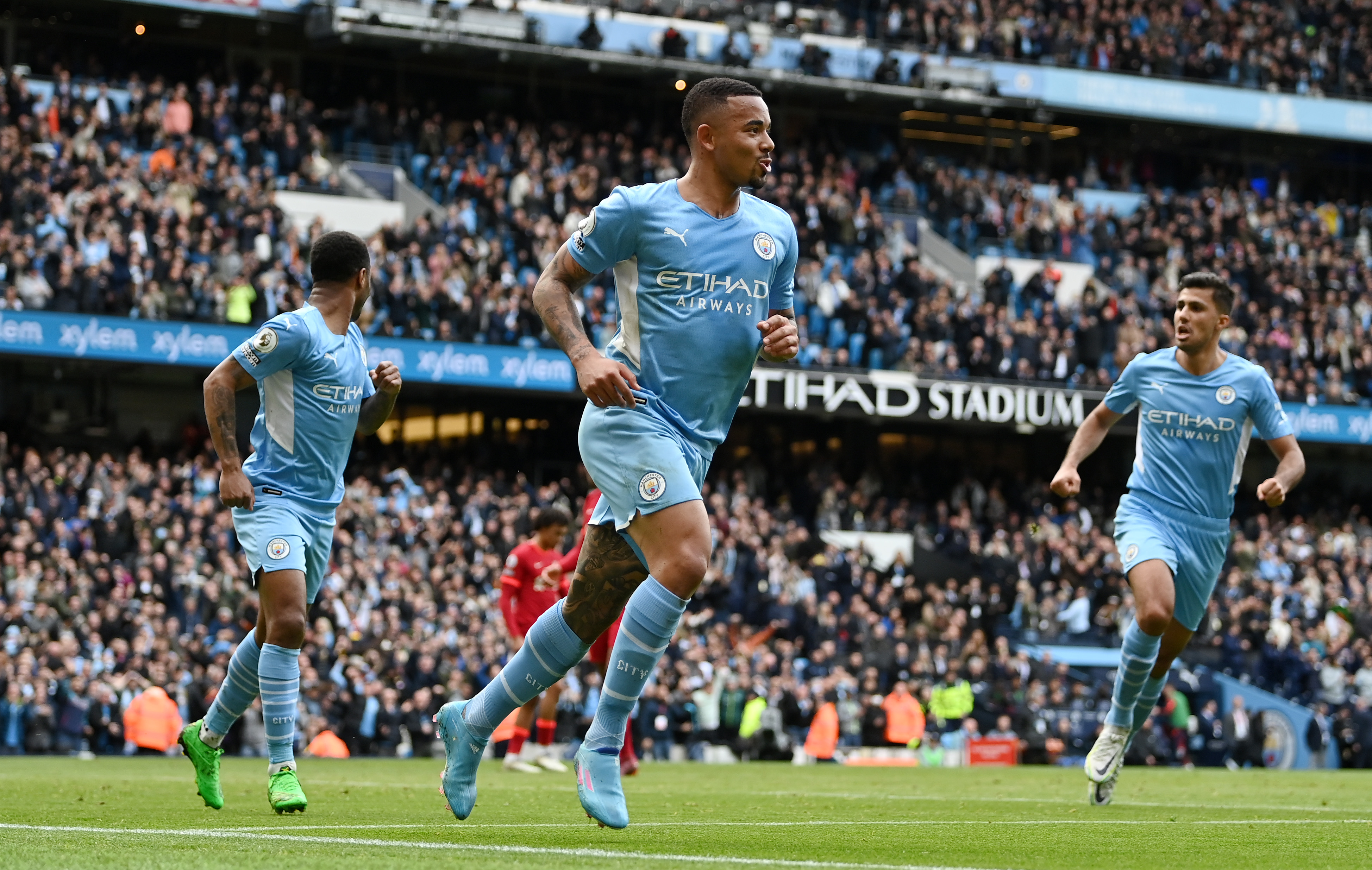 Pep Guardiola is no stranger to strange selections against Liverpool. Aymeric Laporte has played at left-back at Anfield and Ilkay Gundogan in a quasi right-wing position, neither with any conspicuous success. A manager who has said ironically that he overthinks his selection decisions risked being accused of overthinking it again on Sunday.

He picked Gabriel Jesus. Which, in all probability, few others would have done.

The chances are, more expected Gundogan or Riyad Mahrez or Jack Grealish to start. None did. Jesus scored, in stylish fashion, and set up Raheem Sterling’s early, golden chance. He more than justified his place.

Perhaps, however, the sense of surprise reflected the way that Jesus has become the forgotten man of the City forward line. In a sense, he has consigned himself to the margins. For years, he had said that he preferred playing for Brazil on the wing (and the right, whereas when Guardiola used him on the flanks for City, it was the left). Then, finally, came recognition that he did not really see himself as a striker.

Which, as it was around the time that it became clear that Harry Kane was only coming to the Etihad Stadium for 90 minutes in February, felt a spectacularly bad case of timing. Jesus had seemed Sergio Aguero’s long-term successor but when the Argentinian vacated his throne, he declared himself a republican.

It became widely accepted that City had no strikers, whereas they still had the player who was Brazil’s No. 9. Meanwhile, Ferran Torres, Raheem Sterling, Phil Foden, Bernardo Silva and Grealish took turns as various types of No. 9s, whether false or semi-genuine.

But Jesus’ reinvention began well. It symbolised a shift from supposed scorer to creator that he started the season with a flurry of assists. He was chasing down Paul Pogba in the assist charts (even if those who study the statistics and look at expected assist numbers could argue neither has actually been among the most creative players in the division this season and both benefited from fine finishing.)

And yet it seemed to sum up Jesus’ City career that he then felt consigned to the bench by a better finisher. His goal-per-start and goal-per-minute (every 164 in the Premier League) remain excellent but Aguero’s understudy became Mahrez’s deputy.

The lack of a striker necessitated prolific wingers and Mahrez and Sterling are the two likeliest scorers. Jesus, who had been second or third in City’s scoring stakes in previous seasons, made it into April with just two league goals, fewer than Rodri and Aymeric Laporte.

But Sunday’s strike was a fifth against Liverpool. It was a reminder that a sometimes erratic finisher can be the big-game scorer. His Premier League goals this season have come against Arsenal, Chelsea and Liverpool. He has a winner against Paris Saint-Germain to his name. Rewind a couple of years and he scored home and away against Real Madrid.

Finding the net against elite opponents is a useful enough trait for anyone. For a club with City’s ambitions, whose campaign can be defined by superpower summits, it can be invaluable. Should they win the Premier League by the narrowest of margins, they can contrast Liverpool’s draw at Stamford Bridge with their own win, courtesy of Jesus.

The chances are that Guardiola wanted Jesus in a bespoke gameplan against Liverpool: he has long said the Brazilian has the best high pressing in the world and he presumably wanted a right-footer, unlike Mahrez, to go outside Andy Robertson and stretch their title rivals.

And yet if Guardiola judges players on goals less than anyone else, there felt something significant about Jesus’ strike on Sunday. If the mystery of Jesus is that the player who ought to have been best equipped to score for City in a post-Aguero world instead found himself behind a host of midfielders and wingers in the goal charts, perhaps he has been the selfless support act too many times: for the wider world, if not his manager.

But as City enter the stage of the season where it is not quantity of goals that matters as much as a capacity to deliver them on the major stages, perhaps it made sense to turn to Jesus. It prompts the question if his appearance on Sunday was a one-off, a product of a particular blueprint, or a theme of the run-in. But, with Liverpool again on Saturday and maybe for a third time in the Champions League final, the overshadowed attacker could yet linger in the limelight.